So all right, let’s grant that evolution really is true, and that every living thing really did descend from one ancient common ancestor. In that case, then, how did that original ancestor come to exist in the first place? Life didn’t just pop up out of nowhere, did it?

This is a point that a lot of people get hung up on, because they’re imagining “the first organism” as some kind of plankton-like creature that surely would have been too complex to have just spontaneously emerged from a bunch of non-living molecules. Surely a divine creator must have been necessary to have designed something so complicated, right?

But a bit of reframing is in order here, because the first single-celled organism wasn’t actually as complex as you might imagine. In fact, “a bunch of non-living molecules” is basically all it was. At the most basic level, the only trait an organic system needs in order to be subject to the forces of natural selection is the ability to reproduce itself in a way that allows for modifications with each new generation – and even something as simple as a large molecule can do that. Well, a large molecule is all DNA actually is. It’s admittedly a pretty complex one, but it is still just a big molecule – and it’s one that naturally reproduces itself not through any conscious action, but simply through its automatic chemical interactions with the other molecules around it. So even if all you have is a large molecule like DNA or RNA (or some simpler polymer) that naturally reproduces itself – plus maybe some lipids forming a spherical membrane around it (as they naturally tend to do) – then that’s it; that’s all you need for your first self-replicating proto-cell. Once you add the final ingredient to the mix – the fact that the replication process will inevitably include occasional errors (i.e. genetic mutations) – then the proto-cells that develop advantageous mutations and become better at reproducing themselves will start outcompeting those that are worse at reproducing themselves. From there, the process of natural selection will begin; and then it’s off to the races. 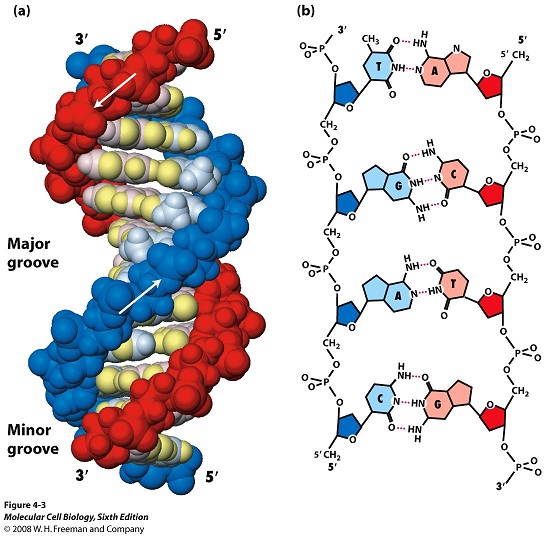 I don’t want to oversimplify things too much here, of course, so it’s worth noting that scientists are still in the process of uncovering all the details of exactly how this process first happened. For instance, there are still multiple plausible explanations for how the first organic molecules might have bonded to form the first polymers – they might have been catalyzed by montmorillonite clay, they might have spontaneously self-assembled near deep-sea hydrothermal vents, etc. – so scientists are still trying to determine which scenario was the one that actually occurred. (Potholer54 provides a quick outline of the first one in his video below.) The point here, though, is not that scientists can’t come up with any explanation for how life could have originated from non-life; it’s that there are too many plausible ways it could have happened, and they’re still trying to narrow down exactly which one it was. That’s a far cry from the creationist claim that life could only have been the result of divine intervention, or that the spontaneous emergence of organic matter would have been “as improbable as a tornado blowing through a junkyard and assembling a fully-functional Boeing 747.” If the emergence of life was as straightforward as having some simple molecules bond together and form some larger molecules that were capable of self-replication, then under the right environmental conditions, life would have been nothing less than a chemical inevitability. All that would have been necessary to produce life on Earth – with all the richness and diversity we now see across its millions of species – was the formation of a single self-replicating cell. Evolution would have taken care of the rest. And although you might find it hard to believe that something as simple as a single cell could ultimately, over the course of four billion years, give rise to something as complex as a human being, don’t forget what J.B.S. Haldane pointed out: You underwent that whole process yourself in just nine months!

Continued on next page →